The Origins of Coffee: From Discovery to Your Morning Cuppa Joe 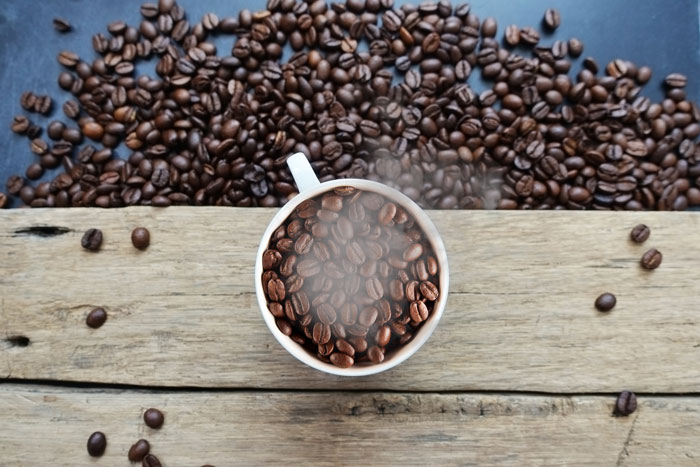 Did you know Americans are drinking more coffee than ever?

A National Coffee Association study found that 83% of U.S. citizens consume coffee regularly. 64% of Americans drink at least one cup a day!

These numbers are understandable. Coffee’s rich, nutty flavor paired with its caffeine content make it a highly desirable pick-me-up at any time of the day.

What’s more, science is increasingly showing that coffee is really good for you.

Most of us don’t know, however, where our morning cup comes from. People have been consuming coffee for centuries, but many java lovers are unaware of this mighty beverage’s origin.

In this post, we discuss the origins of coffee, from its first discovery to your favorite morning brew.

Like many modern-day food items, coffee’s first discovery is based on legend.

Common lore suggests coffee was first discovered in ancient Ethiopia when a goat herder casually munched on the berries from a tree.

Legend also claims this herder, Kaldi, fed these berries to his goats who accordingly raced around the plateau, refusing to settle down.

Intrigued by the seemingly energizing properties of this plant, Kaldi alerted a local monk at a monastery who brewed the berries in a tea to try them for himself. Amazed at the brew’s capacity to keep him awake during his monastery duties, the monk shared these magical berries with fellow monks.

It did not take long for the discovery to spread. Coffee began to make its trek across the globe, beginning with the Arabian Peninsula.

The coffee trade finds its true roots in the Arabian Peninsula where farmers began to actively cultivate and exchange this highly-coveted food item in the fifteenth century.

But far before that, the coffee bean—or berry—was used in a variety of ways. As early as 1000 A.D., people were crafting brews from coffee fruit (including the bean and the hull).

It was not until the thirteenth century—before coffee trade really got going—that people roasted coffee beans ahead of time.

Today, of course, most of us are familiar with this essential roasting process! What’s more, many people consider only the bean in roasting processes as the fruit itself is typically discarded in modern manufacture.

Coffee in the Arabian Peninsula

Initially, coffee did not appear outside of the Arabian peninsula.

Muslims loved coffee, not unlike the Ethiopian monk who appreciated the bean’s stimulating properties, perfect for keeping him awake through long prayer sessions.

This gave producers a means of making the beans “infertile,” which meant other savvy manufacturers couldn’t cash in on the crop.

This was a successful strategy for quite some time, and coffee production flourished in Yemen, Egypt, Turkey, and Syria. Europe had yet to know of this magical bean.

However, around the 1600s, coffee lore suggests an Indian pilgrim snuck some fertile beans out of the Peninsula. This started the spread of coffee to Europe where the bean became exceedingly popular.

When did coffee really make its grand entrance into Europe? After all, plenty of coffee drinkers think of wandering around France with a baguette and an espresso in hand.

After the Indian pilgrim’s secret mission to bring coffee abroad, the Dutch were the first to cash in on this opportunity.

The first coffee estate, European-owned, opened in 1616 in Sri Lanka. The French quickly followed suit, even going so far as to cultivate coffee crops in the Caribbean.

The rest of Europe jumped on the bandwagon soon after, including Spain and Portugal.

You could say the rest is history, but there is more!

Back in the Arabian Peninsula before coffee spread to Europe, most individuals enjoyed coffee both at home and in public coffee houses. These houses, or qahveh khaneh, enabled people to sip on coffee, converse, and listen to music.

It wasn’t uncommon for performers to show up at these coffee houses or for people to engage in intellectual conversations.

These were the prelude to the coffee shop culture of Europe where intellectuals gathered to exchange tidbits of news and wisdom.

These were called “penny universities,” suggesting that for the price of a cup of coffee, you could get an informal education!

By the mid-17th century, coffee was becoming a breakfast beverage staple across Europe. At the same time, coffee appeared in New York, despite the preference there for tea.

The Boston Tea Party changed this, however. This uprising forever changed the American beverage landscape, and coffee quickly became the “civilized” drink of choice.

Coffee continued to spread after this. People wanting to take advantage of this amazing market did face one obstacle: the need for a warm climate to cultivate crops.

This wasn’t an obstacle for long. The Dutch found the Indonesian climate to be perfect for coffee cultivation, and Martinique is the famous origin of French efforts to follow suit.

Today, coffee is a beloved component of most American diets, and its reach expands worldwide.

The coffee shop itself is becoming a standard of urban culture, and millennials everywhere are developing a taste for gourmet coffee. In fact, this appreciation for “specialty” coffee first began in the 1960s, right when Starbucks began.

Organic and fairtrade beans—those that have been cultivated under “fair” and sustainable conditions—are also commonplace, indicative of the coffee trade’s global network.

And let’s not forget the individuals who regularly brew their own java at home. (In fact, most people prefer to make their own coffee.)

Final Thoughts: The Origins of Coffee

The origins of coffee are complex and fascinating, particularly given the fact that coffee was not always a global beverage. While it may have taken centuries for coffee to achieve its current status, most of us will agree such time was worth it!

Is all this talk about the origins of coffee making you crave some java? We get it.

Here are some tips about making good coffee every time!